Click on the posters for cast and crew details 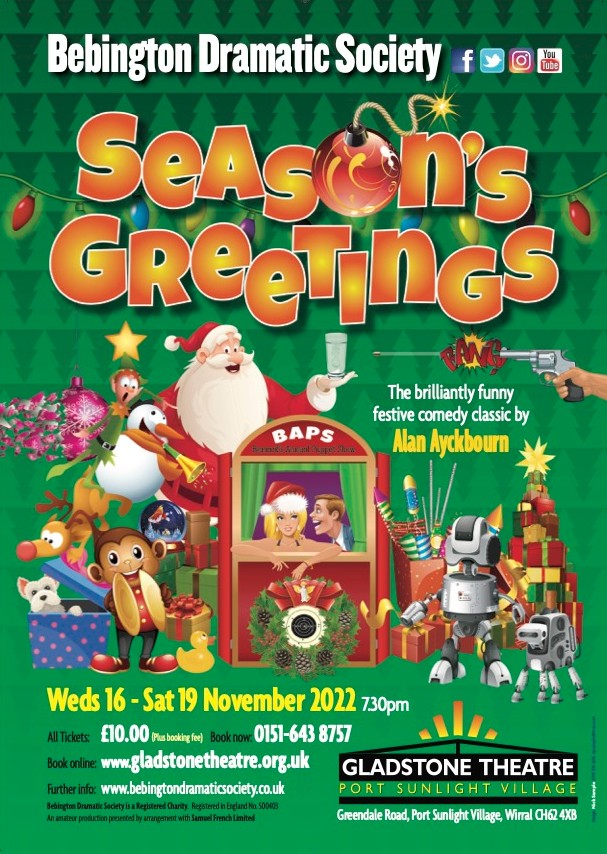 Cheating at snakes and ladders, fighting over comic books, a bungled infidelity beneath the tree. Christmas has arrived in the Bunker household along with family and friends. But as the children lurk just out of sight, it’s the adults who are letting the side down. Presiding over the festivities are two warring uncles, one a kindly, incompetent doctor with an interminable puppet show to perform; the other a bullying retired security guard who dominates the TV, brings toy guns for his nieces and determines there’s a thief in their midst.

The Girl on the Train based on the best selling novel by Paula Hawkins and the DreamWorks film : adapted by Rachel Wagstaff & Duncan Abel – Director : David Oliver

This is an exciting brand new adaptation based on the novel by Paula Hawkins and the Dreamworks film , which starred Emily Blunt.

Rachel Watson longs for a different life. Her only escape is the perfect couple she watches through the train window every day, happy and in love. Or so it appears. When Rachel learns that the woman she’s been secretly watching has suddenly disappeared, she finds herself as a witness, and even a suspect in a thrilling mystery, in which she will face bigger revelations than she could ever have anticipated.